About His Holiness Sri Shankaracharya of Puri

Born in the year 1943 as Nilambarji in the village of Haripur Bakshitol in North India to pious parents. A Very talented student Nilambarji started his education in the Sciences, Mathematics and other Sanskrit Texts.

In the young age of 16 he was inclined towards spirituality and he left home for Delhi to gain the blessings of the Sankaracharya of the Jyotish Matha. He was named ‘Dhruvachaitanya’ by the great saint.

In 1970 he begins his pilgrimage of various holy places in the corners of India and gains insight into pure knowledge and broadens his horizons. Shortly in 1974 he gains sainthood and was renamed “Nischalananda Saraswati”.

His Holiness then studied Vedas, Upanishads, Sciences, Mathematics deeply and other ancient texts of India of significance and importance.

Due to his personality and knowledge of scriptures His Holiness was crowned the Head of Govardhan Monastery in 1992 and he is the 145 th Sankaracharya of the order. Thereafter he preaches in the corners of India about Vedas, the unity of the nation etc. His Holiness is an eminent Mathematician and a scholar. He has authored the books on the basis of Vedic Mathematics and has devoted all his books to the Late Bharti Krishna Tirthaji Maharaja. 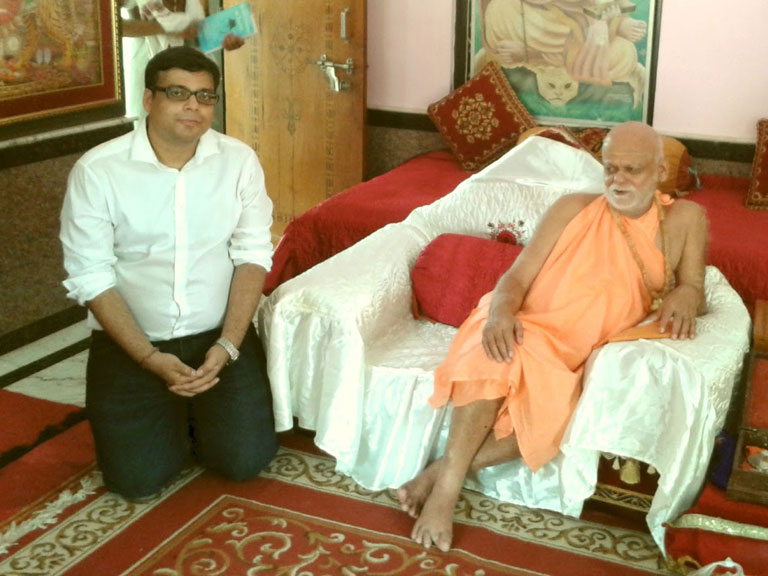 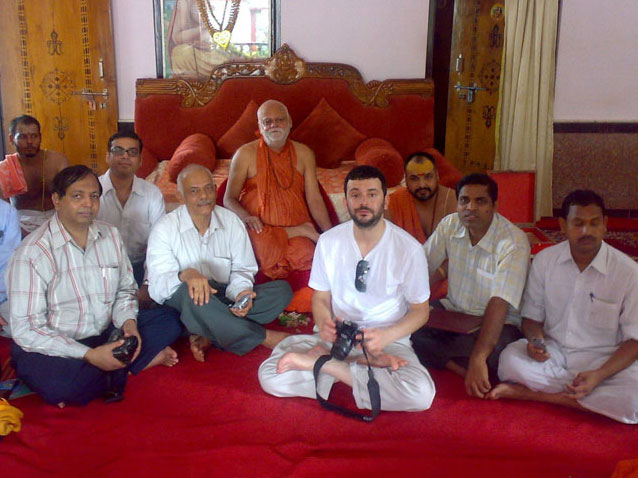 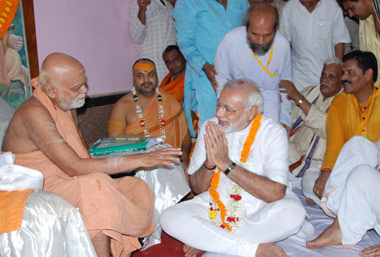 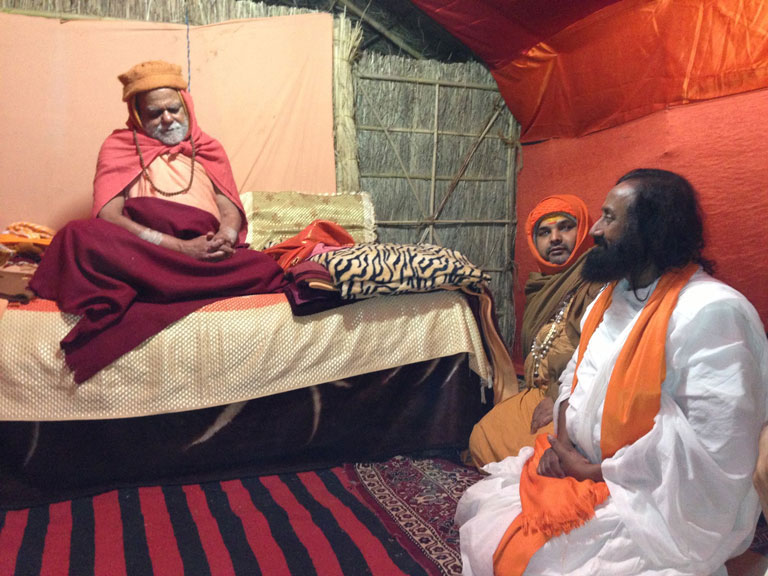 An Interview of Shri Shankaracharya by our Founder on Vedic Mathematics, 2006

It is generally accepted as tradition that Adi Sankaracharya (The Greatest Indian Philosopher) founded four mathas (monasteries) as seats of Hindu religion at four ends of India- the Sringeri matha on the Sringeri hills in the south, the Sharada matha on the Dwaraka coast in the west, the Jyotish matha at Badrinath in the north, the Govardhan matha at Puri, Orissa in the east. These are the four major spiritual centres in India. Jagadguru Swami Bharti Krishna Tirthaji Mahraja- the father of High Speed Vedic Math became the Sankaracharya (Head) of Govardhan Matha Puri in 1925.

Hence the Govardhan Monastery became the seat of Vedic Mathematics as well along with other philosophical subjects.

The Vedic Maths Forum India has been blessed by the current Sankaracharya and it continues to do its work with pride under the saint’s blessings.

The Vedic Maths Forum (India) has been promoting Vedic Mathematics globally since 2000. It was founded by Gaurav Tekriwal and since then the forum has been conducting workshops, talks, and presentations to spread the idea of Vedic Mathematics based on the works of Tirthaji and to raise the standards of numeracy world-wide.